Our new blog series is here!

There are many ways to spot a tourist in Coonabarabran. By how they pronounce Timor Road, for example (tee-maw, like a chump). By their bike rack/rooftop-tent combo. Their lengthy coffee orders and low-clearance cars.

According to my insider sources at the Coona Times, one can identify an out-of-towner simply by the way that they navigate the main street – peering into shopfronts with their hands clasped behind their backs, or standing on the median strip to take photos of the clock tower.

Fedoras! nominates our Editor, Kait. It is a truth universally acknowledged that only holidaymakers and Melbourne hipsters wear fedoras.

It’s soon agreed upon that the most foolproof way to detect a visitor to the bush, is by observing their flustered, even affronted, reaction when you offer a cheerful, passing ‘g’day!’ down the street.

It’s not hard to see who belongs around here, and who’s just passing through, campervan in tow.

But jokes and geographical smugness aside, the Warrumbungles don’t resent travellers or new arrivals. Speaking from personal experience, the region welcomes outsiders with open arms, unforced enthusiasm, generosity and good humour. It’s a distinctive, beautiful place that its residents are proud of, and proud to share. 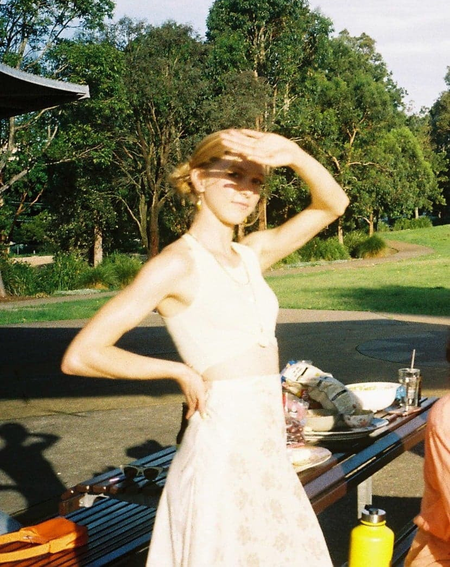 I arrived in Coonabarabran on August 29, 2022, having ditched my life and job in Sydney, for a town of 2,000 where I knew exactly no-one. I spent those first few days hanging pictures on the wall of my one-bedroom to make it ‘homey,’ and going on long runs to get my bearings. I registered my new address with the NSW Government. FaceTimed my friends back in Sydney a lot.

I felt excited, lonely, a bit proud of myself, and also acutely, almost embarrassingly, ‘new.’

I’m no stranger to the bush. Sure, I like craft beer and drive a 1998 Toyota Camry that skids up the steep dirt driveway, and I may or may not have owned a fedora circa 2010 (no pics, no proof). But I also grew up on a crop farm outside of Dubbo, will judge a tree by how ‘climb-able’ it looks and, as a child, learned of snake danger well before stranger danger. I’m outback-initiated. An urban apostate.

Snippets of my journal from those first few weeks in town include:

So I’m starting a ‘blog’, though the word makes me wince with memories of early 2000s internet (what a world). It’s as much for my own sake as for my employers’ (hi Kait!) The plan is to create a ~cool digital series that you, dear reader, will enjoy. And hopefully, along the way, I can get acquainted with my new home.

When I asked the Coona Times team about their favourite pastimes, our Indigenous Affairs Reporter, Jimmy, talked of driving up to Whitegum Lookout with school friends, mucking around, watching the sun go down.

And so, after work on Monday, I pulled out onto Timor Road in my trusty Toyota Camry, dodged the potholes and kangaroo carcasses en route, and took the 500 metre track out to the edge.

I forgot to take snacks. Thankfully an older couple who’d driven into the National Park via Mudgee wineries insisted I sample their Tupperware container of charcuterie nibblies – blue cheese, prosciutto. They were probably nice folk by nature, but I also like to think that something in the country air makes people more forthcoming and neighbourly, enough to sacrifice even their most expensive truffle salami to a girl they just met.

I sat for an hour, watched the sky ripple gold then pink, the wind get stiff with cold. The contours of the mountain ranges receded and the impressive outcrops – the Breadknife, Mount Exmouth – became stern outlines on the horizon. The last few moments, as the sun dipped out of sight, felt both brief and lingering. Suspension. A held breath. The start of something. It was dark as I drove back along Timor Road, slowly, scanning for roos that could crumple my bull-bar-less car with so much as a dirty look. Up until last week, I’ll admit, I too pronounced it tee-maw road. Now, of course, I know it’s tye-more and get to shake my head at the losers who don’t know better.

The goal of this ‘blog’ isn’t to naturalise into a local, per-say. That title takes years, generations even, to earn. All of which pales in comparison to the longstanding history of the Gamilaraay and Wiradjuri people – it doesn’t get much more local than sixty-thousand years.

But the best thing a blow-in can do, I think, is make an effort to get to know the place they are rocking up in. Be curious and keen and learn from the people who got here before them. So please, send me your recommendations! Food to try, trees to climb. I am accepting suggestions, compliments, friends…

Thanks for having me. Let’s see where the wind blows.